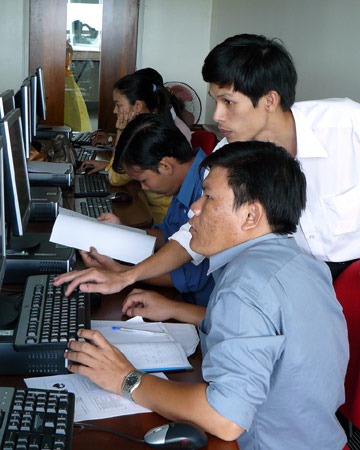 Vietnam's young generation of entrepreneurs look toward the future and view time as a fast-paced, money-making opportunity.

Patience is the ultimate virtue, according to both Confucianism and Buddhism. 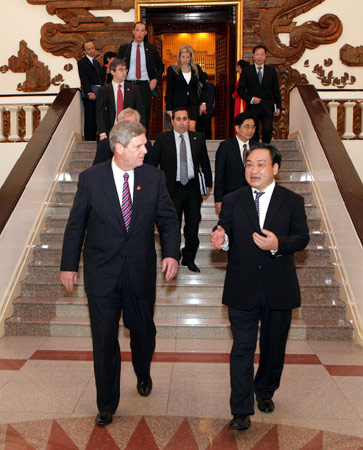 Negotiations proceed at a methodical pace.

In a broad sense, the Vietnamese perception of time owes much to Buddhism’s cyclical notion of reincarnation: souls inhabit different mortal bodies potentially for eternity, unless they can achieve enlightenment through mental discipline and patient, honorable conduct. However, such metaphysics are tempered by the prosaic precepts of Confucianism and Communism: punctuality, productive work, and devotion to the collective good.

Vietnamese tend to focus on the past through their reverence for tradition and on the present through interaction with family and friends. Vietnam’s recent status as a "tiger" economy has also created a younger generation of entrepreneurs who look toward the future and view time as a fast-paced, money-making opportunity.

Vietnam's traditional lunar-based calendar is still in use and is almost identical to the Chinese Calendar. Year 1 (there is no year zero) of the Vietnamese calendar is the Gregorian year 2637 BCE; each successive year is numbered in ascending order. Time is divided into Hoi (60-year periods similar to Western centuries), which are in turn subdivided into two shorter cycles: one lasting ten years and the other, twelve.

Commercial and administrative, modern Vietnam uses the solar-based Gregorian Calendar. A solar calendar, it consists of 365 days divided into 12 months. Years are numbered in ascending order in both directions from the birth of Jesus Christ. Years prior to this event are labeled BC (Before Christ) while those after it are labeled AD (Anno Domini, Latin for “In the year of our Lord”). Modern terminology uses BCE (Before the Current Era) or CE (Current Era) to accommodate those with non-Christian beliefs. Both continuums start with year one.

Vietnam’s seasonal holidays are calculated using the traditional calendar, while business and government operate in accord with the Gregorian calendar.

Despite some exposure to the rapid-fire culture of the West, Vietnamese are still largely long-term in their attitude toward time. They are inclined to think in terms of seasons rather than days or weeks; this dates back to the agrarian pursuits of traditional society. This "long view" is endorsed by the importance placed by Confucianism on ancestry and ancient custom. Patience is the ultimate virtue, according to both Confucianism and Buddhism. Hence, rushing personal or professional decisions or activities is deemed unwise and likely to spell disaster.

Even so, punctuality is the vital ingredient for harmonious relationships, preserving "face," and progressing in both life and business. Meeting deadlines and appearing at agreed times earns a Vietnamese the most important currency known to the Vietnamese: respect.

The Vietnamese have such a strong work ethic that their business and pleasure overlap in a profoundly polychronic fashion. It’s common for workers to eat together in a factory or on a farm and executives to remain on their laptops during family outings.

Arriving at the agreed time for restaurant dates, dinner parties, private meetings and social functions is all-important, lest one inconvenience or insult one’s acquaintances. If a delay is unavoidable, Vietnamese normally apologize and explain themselves when they arrive.

Vietnamese business people are sticklers for arriving at meetings and negotiations at the appointed time. This is thought to convey a due sense of professional commitment and seriousness about the undertaking. This is doubly true of foreigners. When dealing with small businesses, some government officials might turn up a few minutes late as an expression of their pre-eminence.

Be that as it may, deliberation is a virtue when it comes to big commercial decisions. By and large, Vietnamese entrepreneurs suspect foul play or lack of business sense when they see someone trying to rush them into a deal. For this reason, negotiations proceed at a methodical pace while numerous operatives are consulted for their wisdom and enormous bureaucratic hurdles are cleared. There can be long periods of silence between communications. Sometimes this means that one party has taken offense to something; they are more likely to stay quiet about it than openly articulate this fact and lose "face."

Traffic snarls are a permissible reason for tardiness, although most executives try to compensate for possible delays by simply leaving earlier. Furthermore, they usually allow two to three hours between appointments. Most meetings are booked several weeks ahead of time, for last-minute arrangements are seen to be a sign of weakness.

Vietnamese companies tend to treat production and manufacturing deadlines as approximations. For this reason, business people ordinarily set an official deadline earlier than is actually necessary. Any thorny issues arising from deadlines are resolved through friendly negotiation in order to avoid public confrontation and loss of "face."