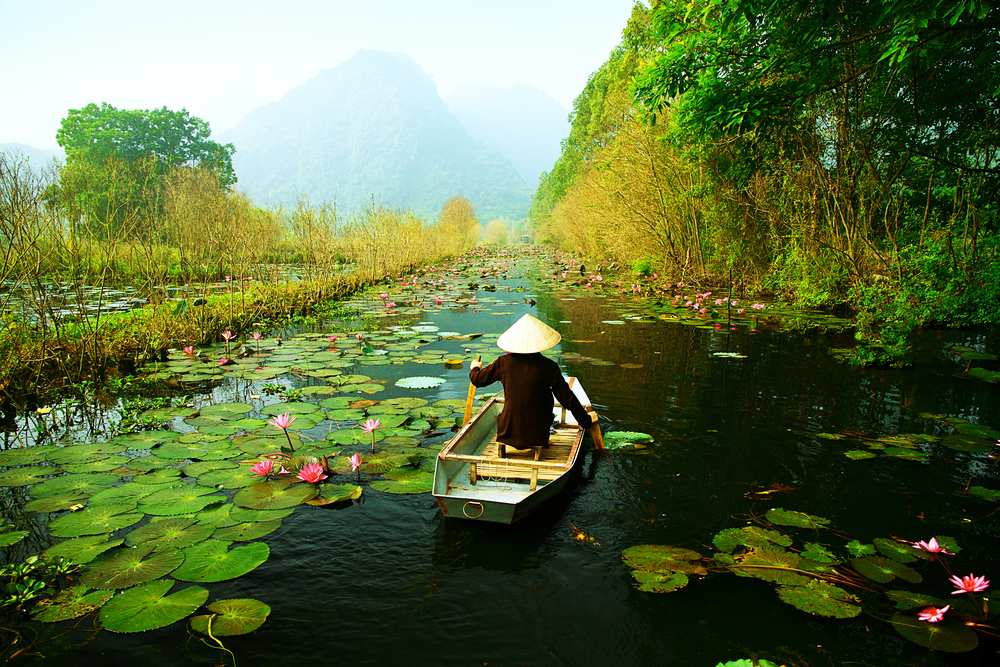 The south has a tropical climate while the north is monsoonal with a hot, rainy season from May to December.

Southeastern Asia, bordering the Gulf of Thailand, Gulf of Tonkin, and South China Sea, as well as China, Laos, and Cambodia

Country Comparison to the World: 67

Continental shelf: 200 nm or to the edge of the continental margin

Tropical in south; monsoonal in north with hot, rainy season (May to September) and warm, dry season (October to March)

Though it has one of the highest population densities in the world, the population is not evenly dispersed; clustering is heaviest along the South China Sea and Gulf of Tonkin, with the Mekong Delta (in the south) and the Red River Valley (in the north) having the largest concentrations of people

Occasional typhoons (May to January) with extensive flooding, especially in the Mekong River delta