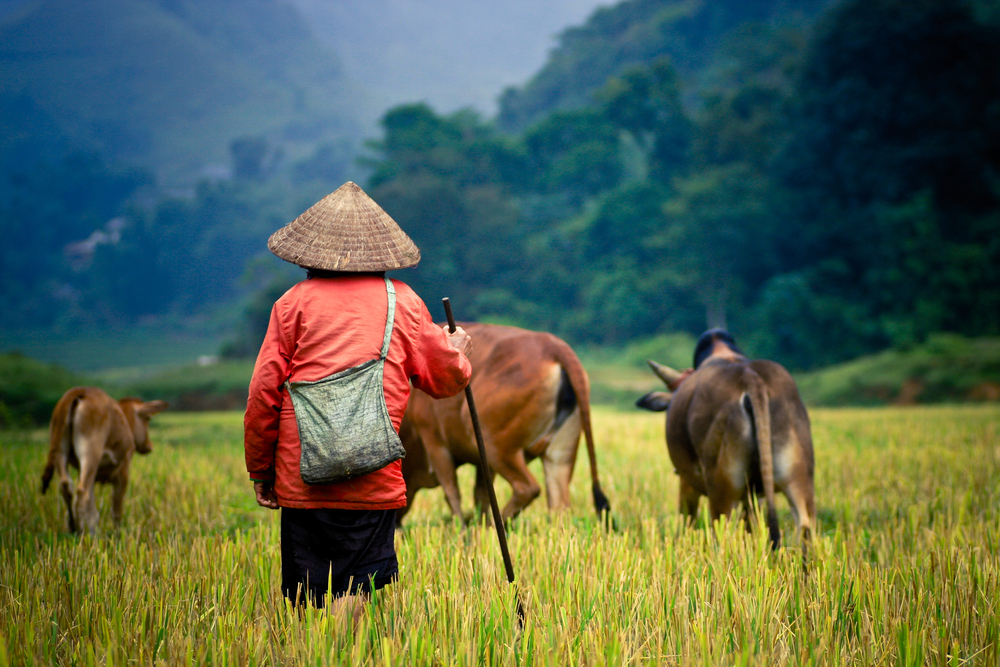 Dry season (November to April) features monsoon winds from the northeast that dominate at this time of year, producing cool and dry conditions. The temperature at sea level can fall as low as 5°C (41°F) in December and January, which are the two coldest months.

Wet season (May to September) is the time period when prevailing winds change direction and are drawn in from the southwest. As they pass over the warm ocean, they draw in moisture, which falls as torrential rain across all of the country. Ninety percent of the annual precipitation occurs during this period in all locations. April is the hottest month, with a peak temperature of 37°C (99°F).

There is considerable local climatic variation across the country due to wide ranges in both latitude and altitude, although all regions experience tropical conditions.

The Red River Delta and the Mekong Delta in the south are the two largest lowland regions of the country and together account for 20 percent of the land surface. Temperatures are warm all year round with an annual average rainfall of 1,200 millimeters (47 inches).

The central highlands experience lower temperatures due to the effects of higher altitude and can also experience persistent drizzle rather than tropical rainstorms during the wet season. This is referred to locally as the crachin.

The northern highlands rise to over 3,000 meters (9,840 feet) and experience the lowest temperatures in the country related to its high altitude. Days are often cloudy with humidity persisting at over 85 percent year round. Some rain may also fall outside the traditional wet season.

The coastal region is by far the wettest part of the country experiencing the full impact of typhoons, or severe tropical storms, which develop in the western Pacific. Annual rainfall on sea-facing slopes can be as high as 3,000 mm (118 in).